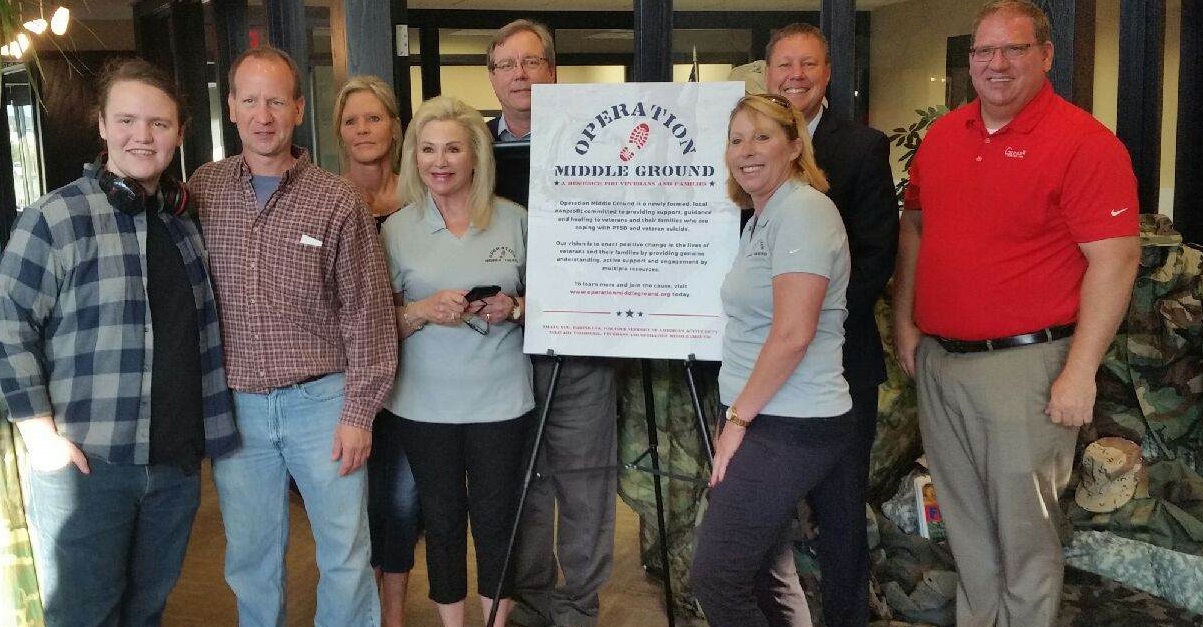 GRIMES, Iowa – Operation Middle Ground President and Co-Founder Jane Hargens spoke today at a 9/11 remembrance event sponsored by VisionBank, urging the audience to also “remember those who have given their lives since then in defense of our freedoms” and support returning military veterans and their families.

“One of those people who defended our freedoms was Curtis Gearhart. Curtis joined the Army after graduating from Lincoln High School. He served two tours of duty in Iraq as a combat engineer and was honorably discharged in 2007,” Hargens said. “When he came home, his family knew Curtis wasn’t the same person he was before his service. Curtis sought treatment, but he couldn’t find peace. He was 32 when he took his life last November.”

Before his death, Gearhart said he had experienced so many “high highs and low lows” that he just wished he could somehow find middle ground again.

“My husband Roger and I founded Operation Middle Ground in Curtis’s honor. Our mission is to help our veterans find that safe middle ground that Curtis Gearhart was seeking. Our message is a simple one: Everyone needs help now and then. And, that’s true even for the strongest among us.

” We want to make sure we give them the support they need so that they can make the transition to be at home again,” she said. “And we don’t want to lose another veteran to suicide. Together, we can – and will – make a difference in the lives of people who have sacrificed so much to defend us.”